The Zodiac of Northern countries is originated from ancient hunting calendars, medieval images, myths and legends of the indigenous people of the Urals. 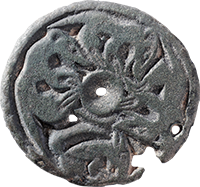 Reconstruction on the basis of bronze discs with the zodiac signs of Perm and Siberian animal styles of the 6-12th centuries. 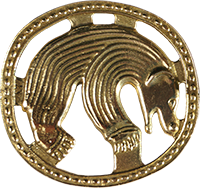 Metal souvenirs made on Ural semiprecious stones with the Northern zodiac signs. 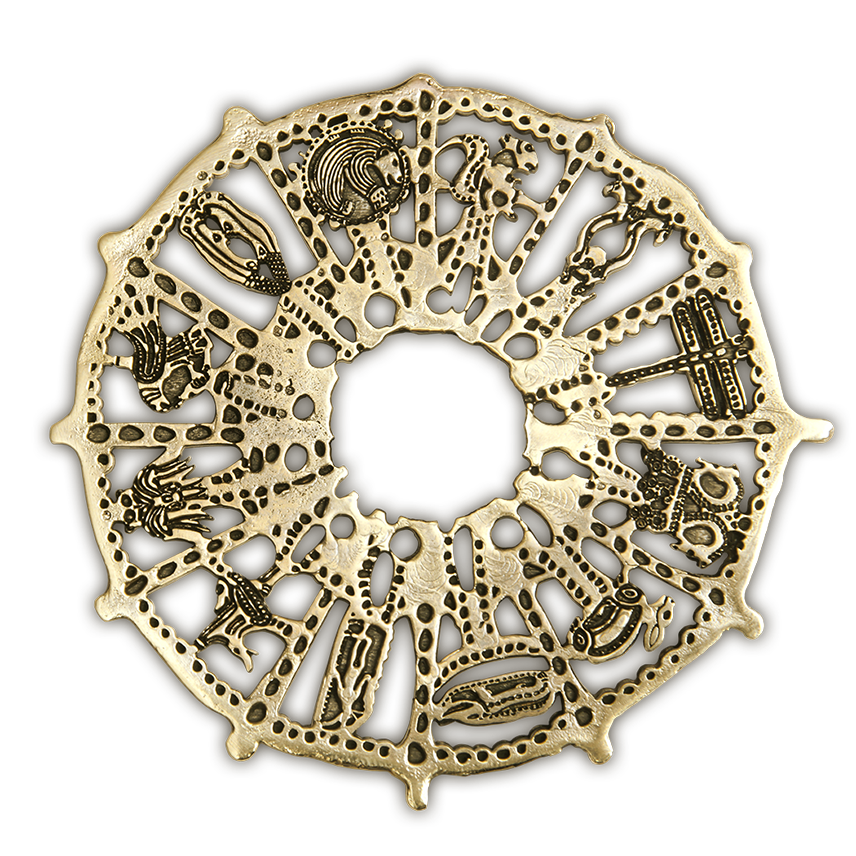 For your friend, brother, sister, father, mother, kid, colleague or business partner? What original present will be good enough to stand out among the rest and to linger in the minds?

Or even better to evoke pleasant memories about you regularly? Prepare for your dearest souvenirs with the signs of the Northern zodiac for birthday, wedding, jubilee or other celebration. The receiver will be happy with the attention to her/his personal biography and surprised with the unusual present. The souvenirs are nice and stylish accessories. They hit with originality and rivet the eyes; besides, who knows, may be personal amulets still protect their owners. 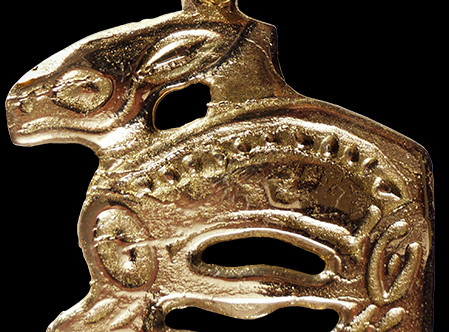 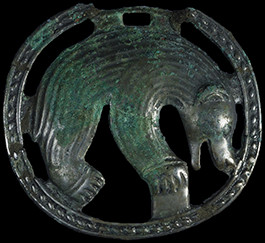 Guardian animals carry on the secrets of ancient civilization of the Urals.

The original souvenirs are copies of amulets performed by ancient craftsmen and keep the charm of medieval magic of Northern Russia. 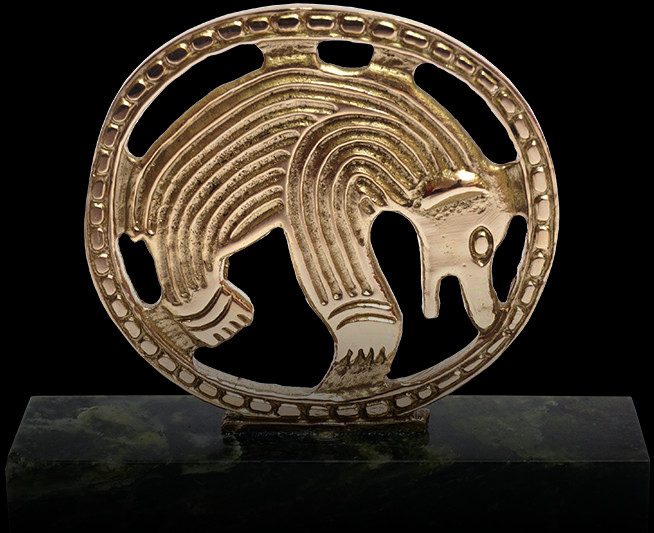 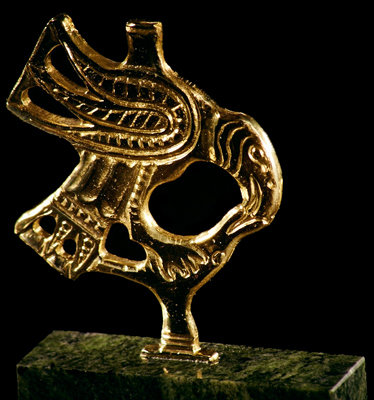 Nowadays souvenirs with unusual history win more and nore popularity. It’s a reason to be proud and feel eternally connected with our ancestors.

Everyone, as forefathers claimed, has his or her own protecting animal, but not everyone knows about that.

Gifts: from trinkets and pendants to elegant statuettes 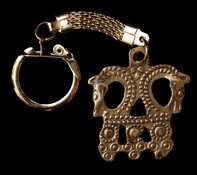 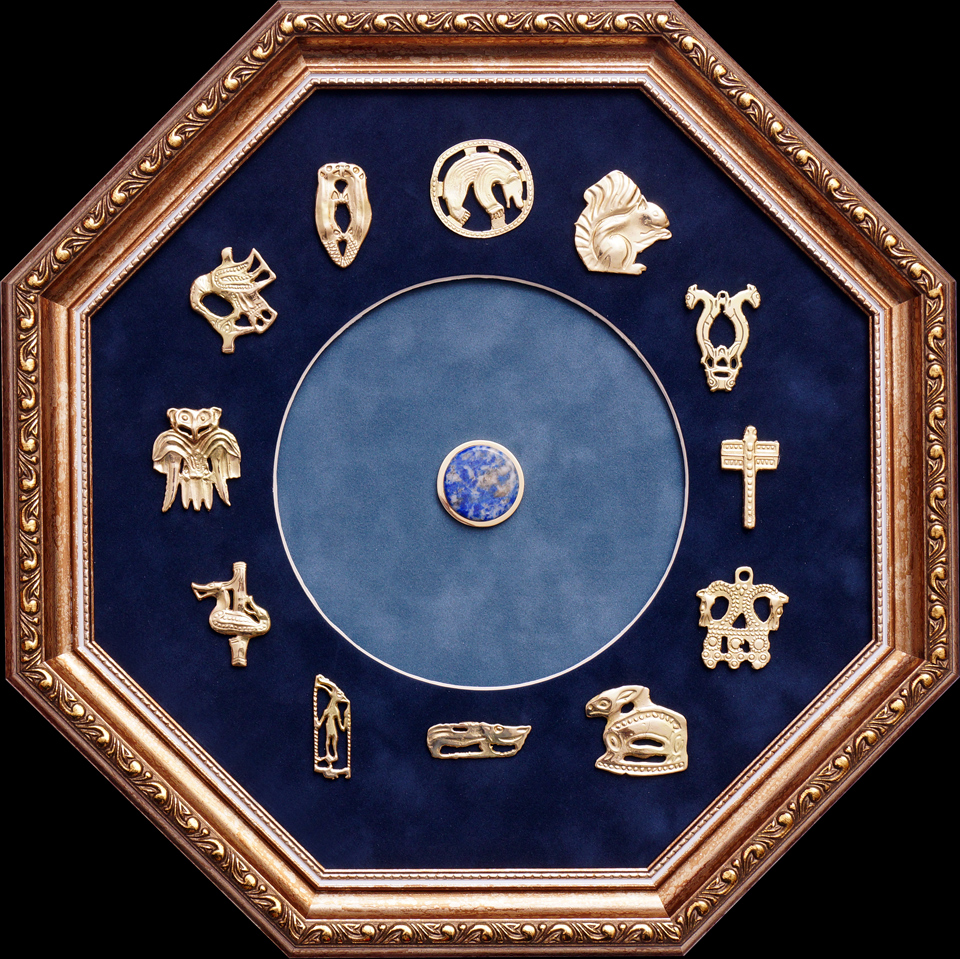 Panels with the zodiac circle 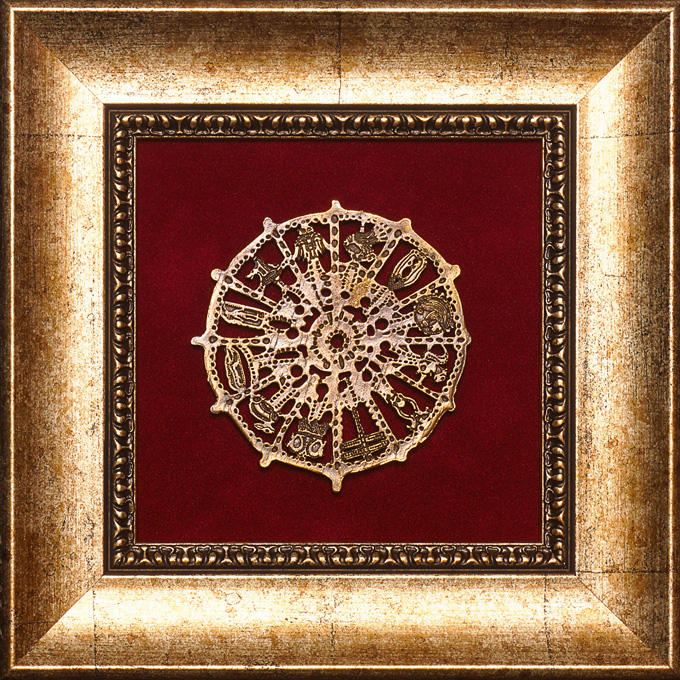 Panels with the zodiac circle

The word «zodiac» derives from Latin zōdiacus which in its turn comes from the Greek ζῳδιακὸς κύκλος (zōdiakos kyklos), meaning "circle of animals".

We have no bronze "animal circles" remained after the Babylonian, Greek civilizations and Ancient Egypt, they are just mentioned in a range of Babylonian cuneiform tablets.

To the contrary in the Urals lots of bronze discs representing ancient "animal circles" were discovered. These plates according to the opinion of some researchers are "hunting calendars" of the Ural tribes, but their meaning and usage could be even wider: from sacrificial discs to the images of a specific zodiac.

On each disc we can see the sun, animals and sometimes birds and fish.

The circle of animals can be regarded as the Perm zodiac, Ural zodiac, but there is another quite appropriate name — the zodiac of the Northern Lands or the Northern zodiac; unlike with the Southern Zodiac with its specific fauna (Scorpio, Aries, Leo) the Northern zodiac includes northern animals and birds: raven, bear, elk, beaver, etc.

These animals lived side by side with people of the northern countries: Russia, Finland Sweden, Norway, Denmark, Germany, and their images made a massive impact on the European culture. 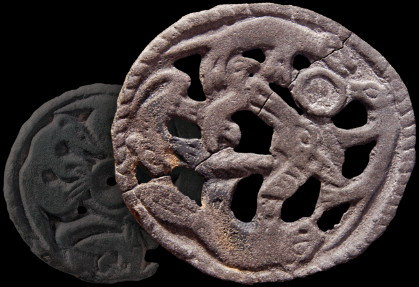 A year at the Medieval Urals was divided into two periods: summer and winter. The nature calendar of the animal style creators started from the vernal equinox, the summer period began in March – April, and the winter year – in Autumn from October to November. Counting days of each month started from the new moon phase celebrated with offering sacrifices. There were 12 months and they approximately coincided with moon months.

The folks of the Urals believed that the stars on the sky are not inanimate.

There on the sky dome there are as many stars as people on Earth. When a man is born a new star appears in the sky. If the man dies the star falls down.

Apart from people there in the sky also animals and birds, tools, household and cultural items are reflected. Days and nights alternate with each other while the sky hunter Bear is chasing a mother-elk with her baby in the sky. In another myth people killed a bear with a bear cub and they turned into the stars.

Months were called after the names of animals. February was the month of “eagle flight”, November – “the month of squirrel” and the fading sun of December was called “bear tail” and the month itself – the bear month. May is the spawning time for spikes. Animals meant the up and the down, season and age of a man. Everyone had a dual in the animal world, a protecting beast. No wonder that magic animals were supposed to take new-born members of a family lineage under their “shield”. The Northern zodiac, the circle of animals of Perm and Siberian zodiac, can help to gain insight into the amulets.

The signs of this Zodiac are copies of the bronze amulets performed in animal style. These animals are not ordinary, they are magic: an elk in human shape, a two-headed duck, magical twins, ermines, beavers, horses, a pike with paws and of course a bear, the host of the forest. In the past in order to enchant the amulets the model for casting was washed with blood of sacrificed domestic animals. In every house of medieval Ural inhabitant there were bronze guardian animals.

the signs of the northern zodiac for a gift? 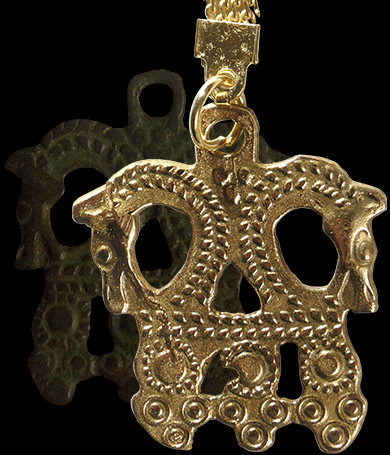